Please note: your device's software is out of date (IOS 12 or below) and you may not be able to complete your order. Please update your software or use an alternative browser to continue with your purchase journey.
My Basket
£0.00
Sign In
Register
Help

We’ve teamed up with Twickets, to get you the best deal if you need to resell or buy a ‘resale’ ticket

We recognise that sometimes tickets to your favourite show can sell out very quickly. We know the frustration of not being able to get tickets to your favourite band, especially when tickets start popping up on other websites for extortionate prices. But sometimes genuine fans can’t go and that means you could get another shot to find tickets. But, to make sure you’re never paying over the odds, we’ve partnered with an ethical secondary ticketing agency (that means no touts), Twickets. Here’s the really good news… the tickets will not be overpriced. Twickets tickets are sold at face value or less. Amen to that. We’re the first agent to partner with Twickets, in a bid to ensure that you’re protected against the growing number of ticket touts and secondary ticketing websites making obscene profits out of live music fans and artists. If we’re sold out for any event, we will search the Twickets’ website for you to see if there are tickets available on their fan sharing platform. We will do all the leg work for you, to make your life easier! And, if you can’t make a gig or show (boooo) you can sell your ticket to a real fan, so they don’t have to pay more than face value either. 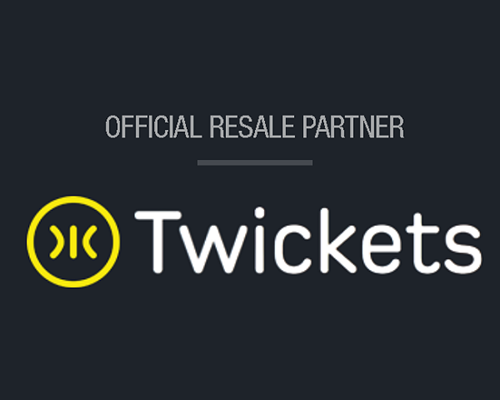 How it all works with Twickets

The Twickets story The original concept began in November 2011, after Future Platforms owner Richard Davies was able to find a last-minute, sold-out gig ticket from a fellow fan on Twitter. Further research uncovered the high volume of spare tickets being offered and requested via Twitter for events, so they set up @Twickets to connect these people using retweets, hashtags and the Twitter API. Twickets  wanted to ensure that the platform was different to other secondary market ticketing sites such as Viagogo and StubHub, in that as well as facilitating the trading of tickets, it also protected consumers’ rights and made sure they would change hands at face value or less. In the three and a half years Twickets has existed, it’s grown from a simple Twitter experiment into a multi-platform ticket exchange with over a quarter of a million users in the United Kingdom. The Ticket Factory is the first major agent to partner with them in order to offer its customers the same fair benefits. Who pays who what? The seller lists their tickets on Twickets for the face value or less. They are not charged a fee. The buyer pays Twickets, which then passes on the cash to the seller, so no money has to change hands between the two parties. Twickets charges a fee of 10%. In addition, if your tickets are posted to you, you will be charge postal fees at cost. If you receive your tickets through a download or meeting up with the buyer, this is free. If you use 'drop and collect' at one of Twickets' retail partners, there is a £2.50 fee, regardless of how many tickets are sold.  How are the tickets exchanged? If there is time before the event, the seller can request for the tickets to be sent to them. Postage is charged – but it will be no more than the actual cost of sending the tickets. Buyer and seller can also choose to meet up before the event to exchange tickets. Twickets does not accept sales of tickets for which there are named ticket holders. Don’t people just buy tickets on Twickets and sell them on for profit on a secondary ticketing website? Twickets tracks both buyer and seller activity for repeated usage - it can block anyone whose usage it finds worrying How do you know you're receiving tickets at or below face value? Twickets monitors pricing for most UK events and offers a dropdown list of prices from which to choose. It also checks each ticket before it is made available on the site, so can block sales that it is concerned about. What if something goes wrong? Twickets guarantees that if by some rare chance your tickets are not as described, you will get a refund. If you opt to meet the seller and pick up the tickets and they don't show, you will also be reimbursed. However Twickets owner Richard Davies says this has never happened. Sellers are promised that the sale will not be confirmed until the full payment has been received
Twickets
NO TICKETS AVAILABLE? DON’T WORRY, THERE’S GOOD NEWS…

Want to find out more?
4